2017 Albion – The enchanted stallion starring Liam Mcintyre famous from the Spartacus series, Stephen Dorff,  John Cleese, Debra Messing and others is a fantasy movie shot in the US and Bulgaria. Deni Jordan has stunt coordinated most of the scenes shot in Bulgaria.

Deni was fightcoordinator on several fight scenes with and without weapon such as swords, sticks etc. ..further more he coordinated a high fall and other stunts. 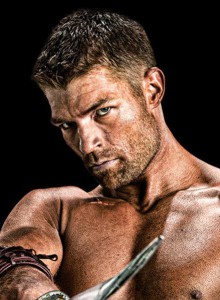 2017 Albion – The enchanted stallion a movie directed by US director Castille Landon and is a family fantasy/adventure movie taking place in a mythical universe. See trailer below

It was a privilige to for Deni Jordan to work with one of his comedy idols John Cleese for the 2nd time. The first time was at a live performance in Oslo where John Cleese was the host of a comedy program and Deni played a winner in a competition and fell down 30 meters of stairs in order to claim his winning check just to find out that mr. Cleese had made a mistake on the numbers 🙂