Troll Netflix monster is a movie we did in 2021 and has now been released on Netflix generating huge response. It is the most seen non-english speaking movie on the Netflix platform

European stunttteam has delivered all the action for Troll Netflix monster. Deni Jordan is the stuntcoordinator on the project. The action in the movie consist of several complicated scenes. 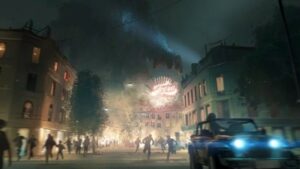 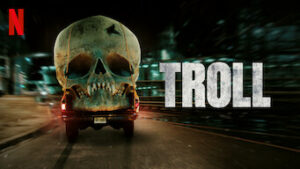 Another sequence was when the monster trashes an amusement park. Deni Jordan had to coordinated his stuntteam amongst 150 extras doing falls and getting pushed around to create the wild panic scenes.

Trolls are a part of the folk history of Norway an director Roar Uthaug have for a long time been wanting to make a movie about this ancient creature as you can see in his interview here. His fascination is now a feature on Netflix and is a succes all over the world and Deni Jordan and his team are pleased to be a part of this journey.

A particular stunt that was very complicated and had to be rehearsed a lot is the driving sequence with the skull on the pickup truck. Especially when the pickup has to do a J turn and a reverse 180 on a slim bridge in Central Oslo. The ending of Troll is very touching but also leaves the story open for a sequel.