Over the last 25 years our skills have provided stunt & stunt coordination for over 300 films, TV shows, series and commercials. Here are some of the latest examples of our work.

This is taken from the movie El Khaleya aka The Cell in which Deni Jordan was Action Director and Stunt Coordinator and we are especially proud of this intense car chase which had a 10 day prep and 6 days of 17 hour shooting days to complete.

The car chase is full of great stunts and action. There are some gags which the director Tarek Alarian wanted in the chase and which European Stunt Team & Stunt Coordinator Deni Jordan solved with precision and perfection.

He has won the unofficial world championships in stunt at the Moscow Prometheus Festival of Stunt, Art & Cinematography and as the only Dane been nominated for a Taurus World Stunt Award as best foreign stunt coordinator both in 2010, 2014 and 2020. 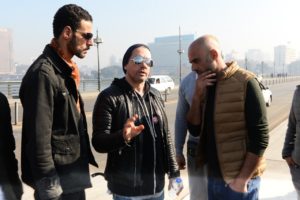 Fights
We have over time created a huge amount of ​​fights for movies, series and TV.  Whether it is a realistic fight or a complex choreographed fight, we in European Stuntteam can solve it. Here are a couple of examples of our work in fights.

Hamlet Pheroun
For the long crazy shoot of Hamlet Pheroun we did numerous fight scenes. One of them was a fight between “The Mountain” from Game of Thrones and 2 of the main characters Ramez Amir & Ruby. The fight was complex with fight choerography and a lot of wirework. 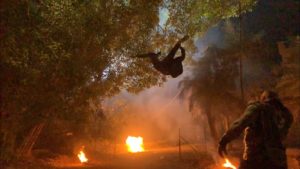