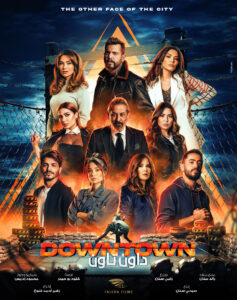 It was a 30 episode series which is about MMA fighting. 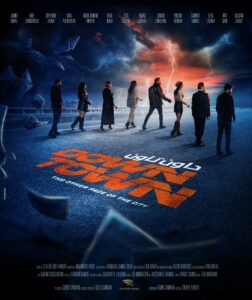 Downtown 2021 – Action packed Lebaneese tv-series The hero`s brother is killed in a brutal underground fight by the main bad guy played by EST stuntman Robert Follin where people bet money on who wins. The hero has to go through a lot of fights to finally be able to meet his enemy.

Deni Jordan had to stunt coordinate 4 longer fight scenes and 3 shorter ones for the series. Besides that there was also 2 carchases in which main cars were driven by European Stuntteam precision drivers, Soren Rytter & Conor Hegarty who did a pipe ramp jump as a dramatic ending on one of the car chases.

The scenes in Downtown 2021 were mostly shot as night shooting with many long night doing action sequence af sequence. The bigger fights had a good priority since even though it was a tv series we had 1 night for each longer fight.

Producer Raed was careful to listen to advice from his stuntcoordinater and implemented it in the shooting, which made some of the action shooting easier for us. We rehearsed and shot the action scenes over at period of 3,5 week.

The European stuntteam on this production was besides Deni Jordan the following : Conor Hegarty, Robert Follin, Soren Rytter, Knut-Erik Barland, Sergey Fjodorov and Tyrone Wiggins. The guys worked hard and delivered great action for the series.